The Trouble With Ducks: 10 Things to Consider Before Adopting Ducks The Trouble With Ducks: 10 Things to Consider Before Adopting Ducks

When someone utters the phrase, “we’re just adopting a few chickens,” don’t believe them.

Three hens turns into four hens and two ducks. Which of course, includes the enticing offer of just a few more hens but also some more ducks to keep the numbers even. Then there comes that pretty rooster your someone wants to give you because now they don’t want him.

The next thing you know you’ve got 14 rabbits hopping around, a chicken sitting on your kitchen sink, and your daydreaming of a barn full of rescue animals while your husband casually asks how you feel about rescuing swans.

I guess I’m one of those lucky few that’s more likely to have an extra animal just turn up than ever have time to find a Pokemon.

Where was I? The ducks. Those water loving, absolutely adorable, noisy, personable, messy, feathered friends that call this sanctuary home.

They’re super and everyone should should adopt some.

It’s never all sunshine and daisies in farming or animal rescue though is it? The ducks, much like the chickens brought a chaos all their own.

Mixed in with regular duck shennanigans, there’s been escapees, respiratory infections, duck fights, and penis prolapses. Yeah you may have to re-read that last one but that story is a post all it’s own. 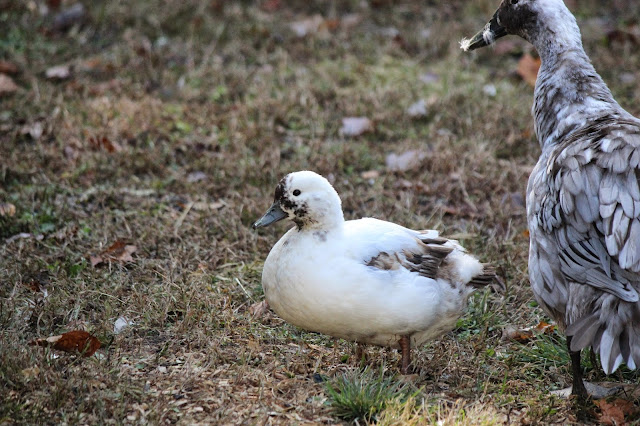 Pin it for later: 4 Responses to "The Trouble With Ducks: 10 Things to Consider Before Adopting Ducks"